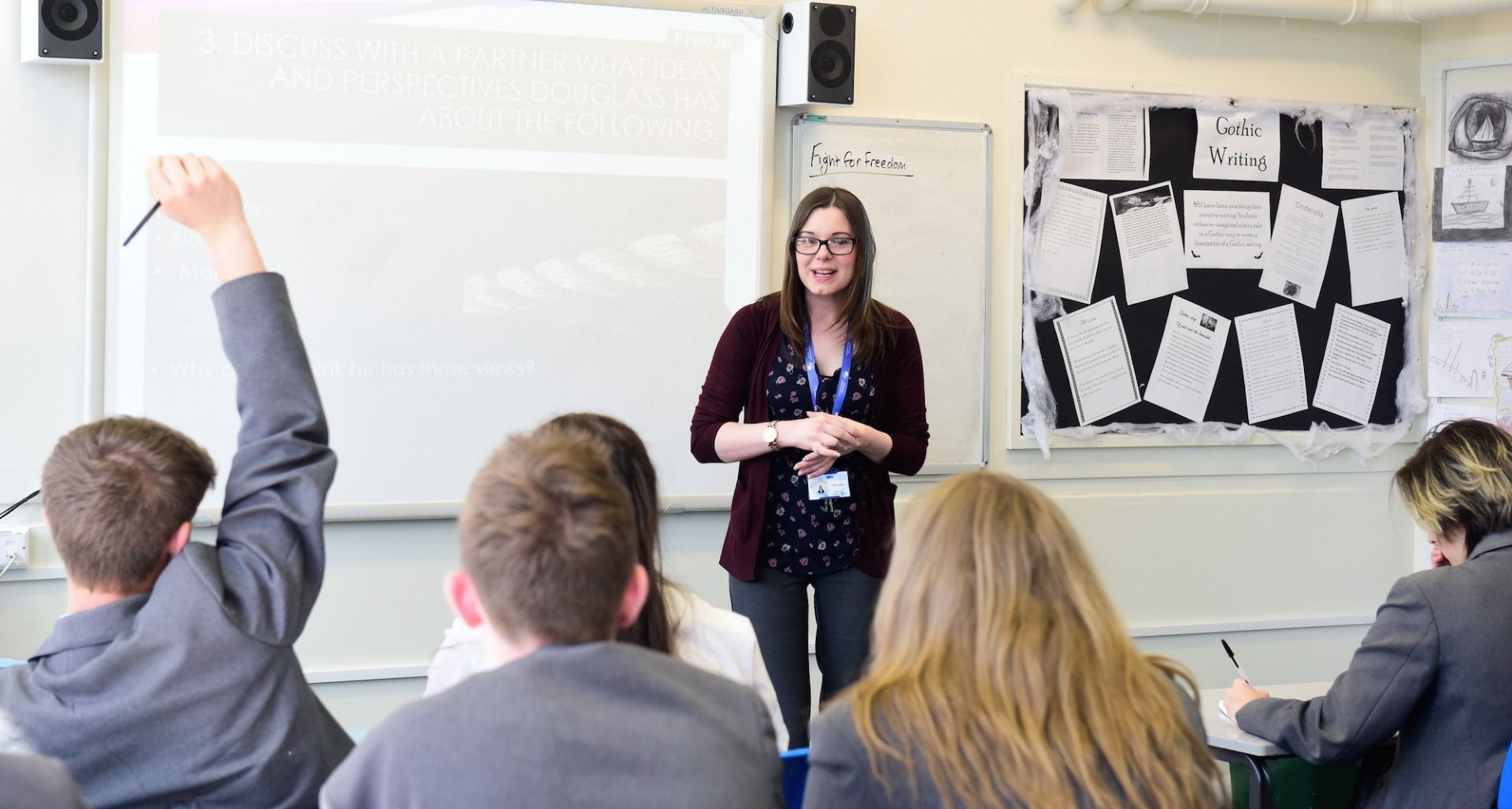 What Are You Missing In History Class?

We hear the phrase, ‘Those who do not learn from history are condemned to repeat it’, so often that the notion has lost much of its impact. When considering the future opportunities of our children, however, the pressing importance of mastery in English and Maths tends to push most of the humanities, including History, aside. It just doesn’t seem as important in securing a job, or further studies for many young people.

I believe that this is a big mistake.

If we are determined to give all of our young people an edge as they enter the workforce, we need to ensure that they have a good understanding of how their world has taken the form it has. They need to grasp the patterns and acknowledge cycles that seem to feature throughout our recorded history. They need to understand the nature of cause and effect, the key characteristics of successful leaders and the creeping signs of totalitarianism.

The past is a mirror of the present world, offering perspectives we would never see otherwise.

Put simply, a young person with a grasp of history has an advantage over those that don’t that will be a boon to them through their life.

To that end, it pays to for us to consider the historical curriculum we teach students, as both parents and teachers.

To provoke a discussion, the following is a list of historical periods that should feature in any school’s history curriculum. I encourage teachers, parents and school governors to come together and discuss whether they are covering each in detail at their schools, and where they could go deeper.

While pre-Roman Britain has a rich cultural legacy, the arrival of the Romans brought the basic framework and notions upon which Western civilization is based to Britain; namely, structured ideas of centralized government, commerce and infrastructure. The movement of the legions about Britannia was enabled by their quick and skilful construction of roads, fortifications and reading settlements. Roman bureaucracy enabled some Britons to become citizens and amass small fortunes. It was a period of rapid development that wouldn’t be matched, arguably, until the Industrial Revolution.

The Saxons gave us our rich, textured language. They also gave us much of the mythology that would define English storytelling for generations. However, the centuries during which the Saxons ruled England were also centuries of learning and discovery. St Augustine’s arrival in 597CE, alongside the work of Celtic missionaries, led to great monastic houses dotting the country, in which our idea of the study of history as we know it was developed by figures such as Bede. The idea of England as a nation was first forged amidst the chaos and drama of the wars against Norse raiders, who established their own kingdom in the Danelaw – an idea that would persist over millennia and have a great effect on Western history.

While their buildings, such as castles and cathedrals, were a massive improvement upon those of Saxon England, the arrival of the Normans could be argued as a step backwards in terms of the social order. The feudal system that was strengthened and enforced by the Normans would arguably hinder the growth and development of the kingdom for centuries to come. On the other hand, the martial prowess and construction skills of the Norman’s may have just saved England from fragmentation as the powers around it squabbled and rattled their swords. The Norman era is the first from which we have a wealth of standing remains and it is vital that we establish the idea that they are worth preserving.

Magna Carta or ‘Great Charter’ wasn’t the democratic revolution it was made out to be – in fact, it was promptly ignored by King John. However, it set the stage for the arrival of regular, well-attended Parliaments and the system of governance that would define our world. In teaching Magna Carta, we need to impart that it was more the idea of the document as a contract between ruler and his people, rather than the document itself, that made it a symbol of liberty for revolutionaries down the ages.

We simply cannot teach young people that King Henry VIII simply decided to split with Rome because he wanted to get his leg over Anne Boleyn. We need to show how the actions of Augustinian monks, Martin Luther, and the advent of the printing press, irrevocably severed existing power structures in bringing God closer to man. We need to show how the arrival of Protestantism in its many forms led to a growing sense of individualism and existence outside of ‘divinely-appointed’ power structures. Young people need to grasp how the powers of the day latched onto the split to further their ends and how it would colour their actions for centuries. We need to indicate how it contributed to the birth of an American superpower in centuries to come. More than any other point in history, the Reformation is the axis upon which our history turns.

Charles I’s last grasp at total rule, in his search for revenue to fight his wars, may be described as the last gasp of a dying feudal age. The rebellion of Parliament and the Civil Wars that decimated parts of England, and in particular Ireland, were the forge of new ideas about power, government and society as a whole. New forms of tolerance never seen before would emerge from the conflict. The rule of Oliver Cromwell as Lord Protector would be a period unlike any other in the history of Britain, a sort of tabula rasa, setting up a new playing field for history’s change makers.

THE INDUSTRIAL REVOLUTION AND AGE OF ENLIGHTENMENT

With the arrival of steam engine and cotton gin, a mostly agrarian economy was transformed into one of manufacturing. Millions lost their roles tending the land and flocked to the cities, horribly overcrowding them. Mortality rates took a dip as standards of living fell. However, the age of the machine would eventually lead to longer lifespans, better food and better lodgings for millions of Britons.

A world in which machines removed much of the burden of labour also gave men time to think. A vibrant media emerged, with intellectuals taking the opportunity to change the world with their ideas. Samuel Johnson gave us his dictionary, William Hogarth invented modern political cartooning and a rope-maker from Norfolk called Thomas Paine would kick-start the American Revolution with a pamphlet.

The 18th century reminds us of the power of a good idea – one that hasn’t waned in the intervening 300 or so years. It’s a valuable lesson for young people to learn.

THE SLAVE TRADE AND ITS ABOLITION

Perhaps the darkest stain on English history, the transatlantic slave trade, lasting over 250 years, showed how unchecked commerce, without a moral backbone, can lead to atrocity. Ships of frightened men, women and children, huddled together in unimaginably filthy conditions, were only part of the appalling trade in human life that angered Enlightenment thinkers.

The struggle towards the abolition of slavery, led by figures such as William Wilberforce, John Newton and William Cowper, show the effectiveness of political campaigning and the role faith bodies can play in effecting social change.

As problematic as it may seem to our modern sensibilities, with unchecked racism and xenophobia, the spread of the British Empire shaped the modern world and could be argued to have set off the race of superpowers that dominated 20th century international relations.

The British Empire also gave birth to nations across Oceania, Asia and Africa that are free and independent, yet share close cultural and political ties to the United Kingdom. It is important to acknowledge this for many of our students, who will be the sons and daughters of migrants from Commonwealth nations.

The United Kingdom has never fallen to fascism or totalitarianism during the modern period, so for an understanding of how a nation can fall to tyranny, we need to visit a close neighbour in Germany. The rise of Nazism gives us the arc of fascism’s power in the conditions in which it germinated, the hateful rhetoric fanning it, and the social engineering that consolidated its power.

We must also make clear the price of fascism in the murder of six million Jews, homosexuals and other groups that didn’t fit the murderous worldview of the Nazis, in addition to the near total destruction of a country in Germany.

THE WORLD AT WAR

The 20th century was dominated by two worldwide conflicts, sparked by the manoeuvring of power blocs, that led to mechanized killing on an industrial scale. From the trenches of the Somme, to the Eastern Front, men, women and children were killed in unprecedented numbers.

The appalling waste of these conflicts and the mark they have left on the lives of some still living are reason enough to impart the importance of diplomacy and negotiation with young people. They need to understand the complex web of push and pull factors that govern international relations if they are to maintain the (relative) worldwide peace that has reigned since 1945.

This is by no means an exhaustive list of what should be studied in the history classroom, but it is meant as a starting point. I welcome your views on what I have outlined here and I would love to see other teachers sharing their opinions and practice.

After all, it’s only through the sharing of perspectives, as history teachers do every day, that we’re able to build a better future for our young people!

Mike Stuchbery is an educator, writer and heritage engagement specialist who lives in Luton. He has extensive classroom experience in Australia, Germany and the United Kingdom. He tweets at @MrMStuchbery.

The views expressed here do not necessarily reflect those of PTE or its employees.