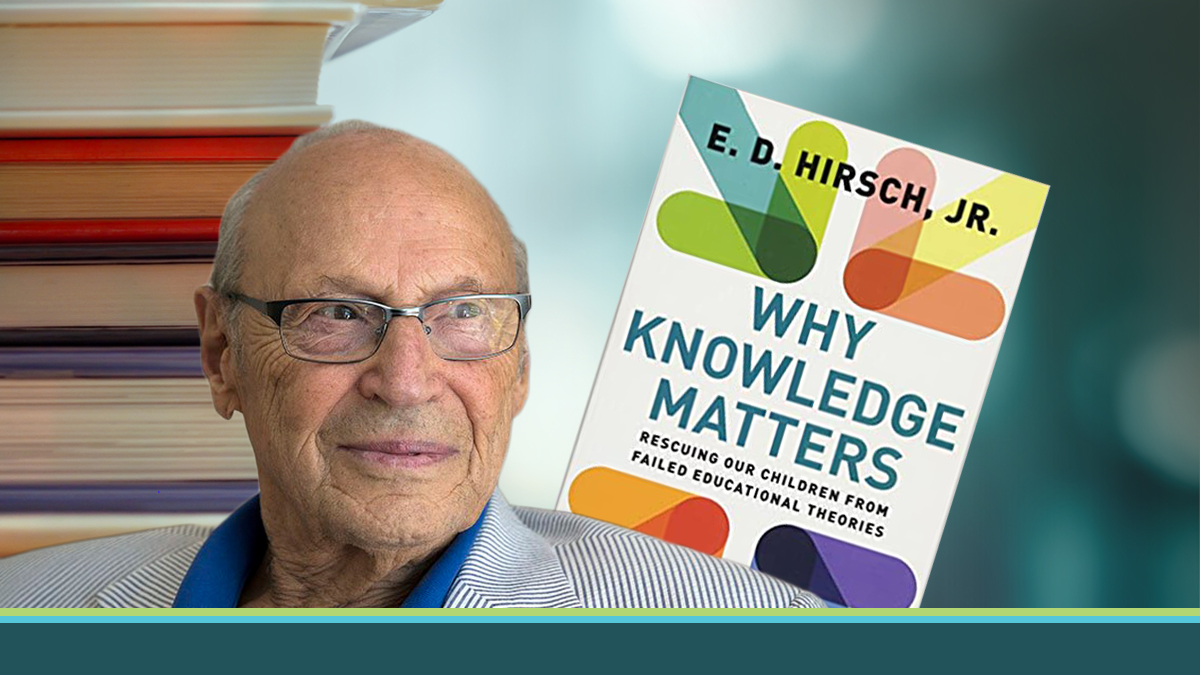 19th March 2021
By Parents and Teachers for Excellence

Whilst “Cultural Literacy” was the work that put Don Hirsch and his thinking on the map in the 1980s, 2016’s “Why Knowledge Matters” is arguably his opus magnum.

It revisits and updates his ideas and arguments for the current day, giving them greater clarity and depth in light of developments in neuroscience, as well as reforms and initiatives in various jurisdictions over the past few decades.

It starts with a compelling prologue, which examines what he calls “The Tyranny of Three Ideas.” These ideas relate to the purpose and process of education, namely that it:

Hirsch is clear about the problem with these:

“Though the ideas were partly true and beneficial, they were also partly incorrect and harmful because they neglected the communal dimension of education in favor of individualistic child-centered development.”

They are also, as he shows, contrary to modern understanding of cognitive science, developmental psychology, and social science.

Having laid out his case, he then proceeds to examine six enduring problems that he identifies with American education – which are also relevant in the UK and elsewhere: the over-testing of students; the scapegoating of teachers; the fadeout of preschool gains; the narrowing of the curriculum; the continued achievement gap between demographic groups; and the reliance on standards that are not linked to a rigorous curriculum.

For each he shows how they are made worse by the three harmful ideas, and then makes the case for how a quality knowledge-rich curriculum would address them much more effectively – and produce a more coherent society too.

The chapter on the French experience is worth noting here. Hirsch argues that the knowledge-driven national curriculum there was what made France between 1975 and 1985 the highest achieving and most egalitarian school system of any large country in Europe. And he claims that the significant decline in achievement seen since then, across all demographic groups, was due to the replacement of this curriculum by a cacophony of ones based on the three bad ideas.

The book is a joy to read, with Hirsch’s call-to-arms backed up by evidence and anecdote. It is well-structured, such that you can dip in-and-out of it, and it pays to come back to it again and again too. If you are looking for arguments to challenge educational orthodoxies in a charming but firm fashion, then “Why Knowledge Matters” is not a bad place to start.