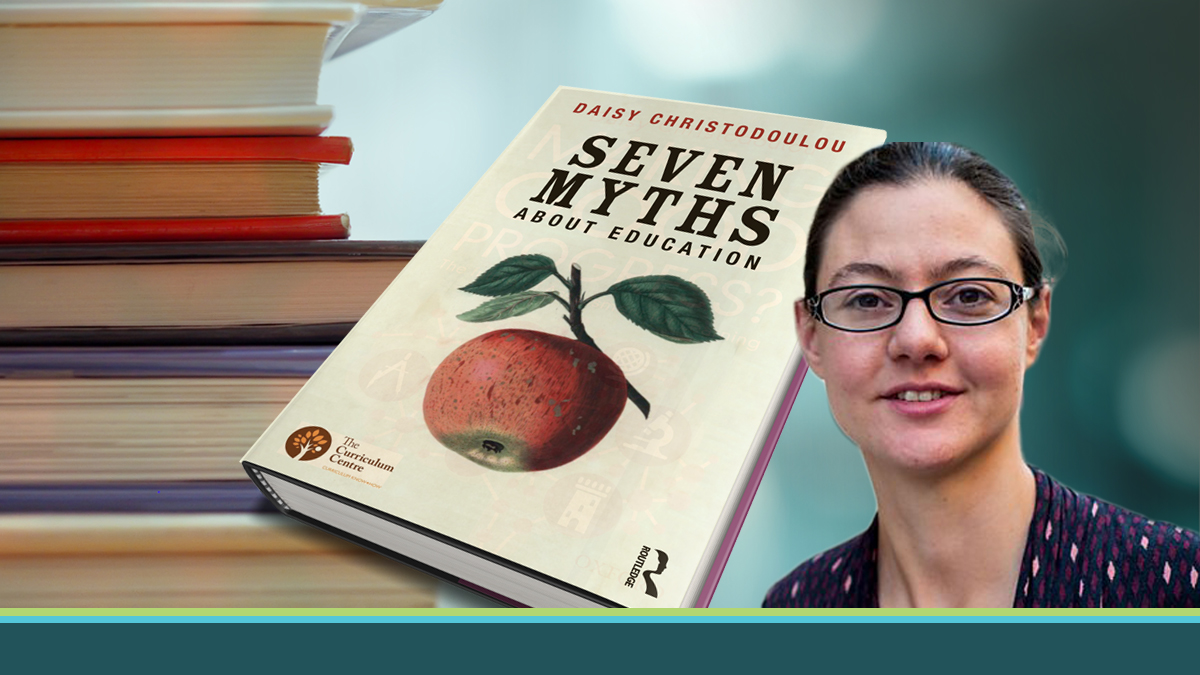 12th March 2021
By Parents and Teachers for Excellence

When Seven Myths About Education was first published in 2014 it caused quite the stir.

Educationalists and others alike were immediately struck that it was a game-changing text.

Dylan William said it “may be the most important book of the decade on teaching.” E.D. Hirsch called for it “be distributed gratis to every teacher, administrator and college professor in the USA”, and Dominic Lawson described it as “a heat-seeking missile aimed at the heart of the old educational establishment.”

The book goes about its work in an accessible and systematic fashion. Based on her own experiences and wider research, Daisy Christodoulou describes and then dismantles seven widely held beliefs prevalent in education.

“Facts prevent understanding”, “teacher-led instruction is passive”, “the 21st century fundamentally changes everything”… Daisy explores these myths and more, investigating the theory of each belief, how it came to prevail in schools, and the practical implications of this. She then politely but firmly blows it apart with a combination of logic and evidence, including from cognitive science.

This is all done in a down-to-earth and readable way, with constant reference to the ones who are most affected by these powerful misconceptions – the children and teachers who have been failed by them again and again.

The book is as pertinent now as it was in 2014. Whilst many things have changed for the better, especially in terms of the sector’s understanding of these issues, too many still cling to these myths as facts and practice has yet to change in too many places.

All-in-all then, Seven Myths About Education is a fantastic place to start if you want to immerse yourself in some of the most important debates in education. It’s an easy read, compelling in its arguments, and packed full of supporting references and evidence too. You won’t regret reading it!