23rd January 2018
By Parents and Teachers for Excellence

Last year saw an awful lot of changes in the education world – both on the front-line and at the political level. Among many other things, there were new exams to deliver at secondary, a consultation about future primary assessment, and Early Years learning was rising up the agenda. The start of the year saw considerable discussion about possible new grammar schools, before the general election kicked it into touch, and we finished 2017 with the launch of a “social mobility action plan” to tie together various strands into a more coherent programme.

Amidst all this, all over the land parents, teachers & schools continued to do what they’ve always done: get on with the job of doing their best for kids.

Launched late 2016, Parents & Teachers for Excellence was new to the educational mix. Given all the furore about grammar schools, and then the General Election excitement, it was in the latter half of 2017 that we really started to get going with things.

As well as our first conference in September, we were proud to launch “The Question of Knowledge” in October, our first official publication.

We spent much of the autumn meeting with, and listening to, a wide range of people: policy makers, parents, Principals, teachers, think tanks, journalists, and many, many others. We asked them what they thought key issues in education were now, and how PTE could most effectively contribute to these.

There are already lots of people and organisations telling teachers & schools what they should be doing, so we are clear that anything we do has to complement, not duplicate this – and to be practical and helpful for those people actually doing the important jobs that support kids with their learning.

(As an aside, for fun we keep a log of everything that people say schools should teach children to do – it is mindblowing!)

With this in mind, when drawing up our workplan for 2018, we decided we’d focus on projects that:

This has led us to decide upon on four main projects for this year to start with. We’ll be doing lots of other things aside from these – we’ll be setting up regional hubs & holding events around the country – but they give a flavour of how we think we’ll operate from hereon in.

The vast majority of schools in England today are judged by Ofsted as having ‘good’ behaviour, and yet we also know that student behaviour is one of the most commonly cited reasons given by staff for leaving a school or the profession. “Good” behaviour in one school can feel and be very, very, different to that in another. And while we know that behaviour is generally thought to have got better in our schools in recent years, we believe that things can be even better still. Why settle for anything less than harmonious relationships all-round & hard-working students? 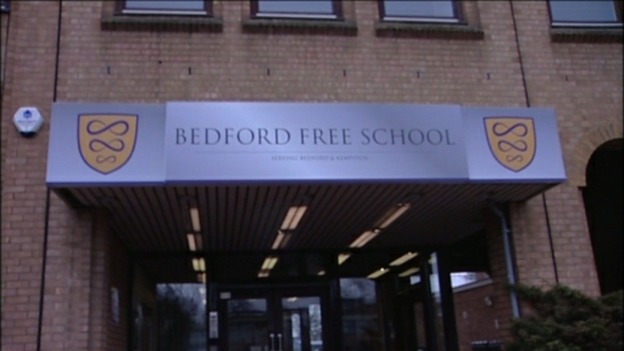 So, inspired by places such as Dixons Trinity, King Solomon Academy, Reach Academy Feltham, and the Tauheedul Boys & Girls schools, we are going to analyse exactly what it is that great schools are already doing to create the most inspiring cultures for learning, and create a toolkit that others can use to adapt and adopt these approaches for their own schools.

We’ll need lots of people’s help with this project, as we’re convinced that the means by which every child and teacher can work in a school that has a phenomenal culture for learning lies not with Ofsted or the Department for Education, but the people who work with children every day. We’ll be asking for inputs from people in the near future.

This project was inspired by a great comment the great Clare Sealy made at our inaugural conference. She said that if we accept that Reception and Key Stage 1 is about teaching pupils “to write and not bite”, and that Year 10 onwards is inevitably driven by exam specs, why can’t the time in between be “The Wonder Years”?

She described a glorious period where children are taught a curriculum jam-packed full of the very best that has been thought, said, and done, so that they enter the latter part of their schools with a broad, deep and rich base of cultural & communal knowledge, to draw upon in later life and, yes, exams.

And so with this in mind, The Wonder Years project will look at the what and how of such a curriculum: what it might cover, how a school could organise its delivery, including resourcing, scheduling, staffing & training. We want it to give practical assistance to schools that want to make the leap to a richer, more rigorous curriculum, as well as provide them with a series of existing examples in similar contexts where this has already happened.

We’re delighted that Clare Sealy and Stuart Lock have agreed to lead this for us – and we’ll be announcing more details on how others can contribute to this very soon.

“Music for All in Every School”

Picking up a guitar aged 12 literally changed my life. It’s one of the reasons why I was so keen that every student at my old school, Bedford Free School, had the chance to learn an instrument. We were far from unique in offering this, but it takes some canny organising to do so, and the support of the Head and governors to resource.

For a whole variety of reasons, growing numbers of schools say that they can’t offer the rich musical education that every child deserves, so we want to explore ways that we can halt and then reverse this trend. Working with experts in music education, this project will highlight the ways that a really wonderful musical education is already being delivered by schools, at no- or low-cost, and within timetable constraints, and then describe practical ways that similar things can be adopted by other schools.

What do you think? Are these the kinds of things we should be working on? Have you got any ideas for stuff we should be looking at? Please do let us know if you have any thoughts, whether they’re complimentary or not!

Late last year, I was asked to go on the radio to discuss a school attendance campaign run by East Sussex County Council. It had, shall we say, ruffled quite a few families’ feathers with its tone and approach. However, when I got into discussion with Holly Dawson, one of the key parents upset with the ‘Get a Grip’ campaign, it was clear that we had far more in common on the issue than we disagreed with.

Several tweets & a working lunch later, I was delighted when Holly agreed to work with us on a project to explore the things that schools in different contexts, but with amazing attendance in common, do. In particular, we’re planning to analyse what it is that happens in these schools such that types of students who tend to have lower attendance elsewhere are in school more here.

PTE has an opportunity to really influence the educational landscape in the coming years. By bringing parents, teachers, and others together, we can ensure that schools up and down the country. Working as a coalition we truly do have the power to affect change in your or your child’s school – and if you’d like to get involved or contribute to any of these projects mentioned above, don’t hesitate to get in touch.