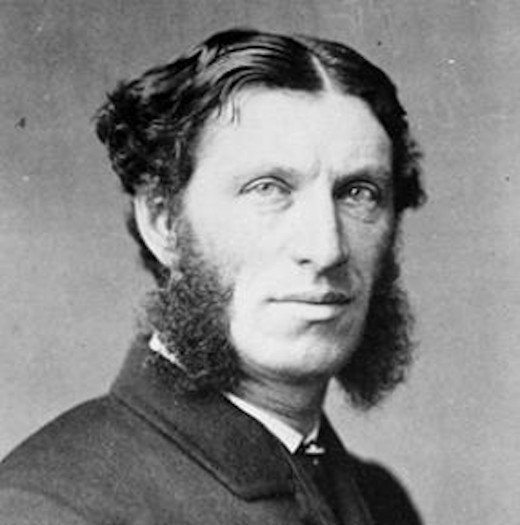 15th April 2020
By Parents and Teachers for Excellence

Matthew Arnold (1822-1888) was a poet, a literary critic and for thirty-five years an inspector of schools. His influence on educators is encapsulated by a famous passage in Culture and Anarchy where he calls on us to pursue knowledge of “the best which has been thought and said”. Many have interpreted this as an early endorsement of the western canon. As a result the quote has become a criteria for curriculum choices but has also seen Arnold labelled a cultural elitist. In truth taken out of context like this Arnold’s famous phrase is too vague to be informative. It also runs the risk of misrepresenting him as primarily interested in preserving tradition through education. As we will see he has a nuanced view on the purpose of education.

The goal of this entry is to be clearer on Arnold’s views beyond this famous soundbite and to see whether they confirm to our stereotype of him. Further given his influence on curriculum it will be informative to ask what we can learn from pursuing his thought in more detail. A particular point of interest for us will be his sustained defence of the humanities.

It will help to first say a little about the historical context. Victorian education was undergoing a myriad of changes reflecting those in society during the time Arnold worked as an inspector. There was an increase in schooling for children from all social groups and a much greater focus on literacy. However education for the working class was still rudimentary in many respects and funding could vary radically depending on area and school. It wasn’t uncommon in poorer inner city areas to have over fifty children in one class and as is well known discipline involved physical punishment. Throughout this time Arnold was an advocate of national education and believed that every child should receive the benefits that a good education could bring. As we will see he thought through education we could reform and improve society.

Central to Arnold’s thoughts on education was culture. In Culture and Anarchy he developed his own notion of culture and argued that it was uniquely valuable. He was critical of the view that culture had its merits“as an engine of social and class distinction”. On this view the goal of being well educated was primarily a form of vanity. Arnold suggests that a true interest in culture must instead be borne out of free thinking and a desire for truth.

Arnold grandly defined culture as a ‘a study of perfection’. While to us talk of perfection may sound ornate we can still pay attention to the more tangible aims of culture he has in mind. Firstly Arnold argues that through pursuing culture we are attempting to see things as they really are contra “our inaptitude for seeing more than one side of a thing”. This might be put in terms of losing our biases and seeing others point of view or in more abstract terms a constant pursuit for truth. A virtue that is more timely today than ever.

Further it is clear that Arnold does not want us to treat culture as a static body of knowledge. He thinks that we must approach what we learn with certain moral and aesthetic attitudes, he writes, ‘culture is considered not merely as the endeavour to see and learn this, but as the endeavour, also, to make it prevail, the moral, social, and beneficent character of culture becomes manifest.’ It is important that we interact with the different viewpoints we find in great texts so that they inform our own views and actions.

It goes without saying that a curriculum based on these principles would include the great works of the past. Arnold himself was primarily drawn to classical learning and his own discipline of poetry. However what gets lost in the criticisms of Arnold as an elitist is the idea that we must constantly bring a critical eye to culture and revise what we teach if needs be. Only by doing this are we exhibiting the sort of intellectual freedom that he espouses.

Crucial to his conception of culture is that we see a link between intellectual activity and social improvement. Arnold thought that education could offer a remedy to the social ills of his time. He saw Victorian society as overly mechanistic and governed by convention. An overarching theme in his writing was his fellow countrymen’s individualism and desire of wealth over intellectual curiosity and social cohesion.

Further Arnold thought that education could remove individuals from the boundaries of class. One of the central goals of an education in culture was to create what he called ‘aliens’, these are individuals who transcend their social group. The title of alien, far from being derogatory, signifies those driven by a “general humane spirit” and those who strive to improve the world for all of society. One might question the legitimacy of this aim or whether it is even possible. However where we all should agree is that, despite background, culture should be accessible to every child through education. This notion is prevalent in both Arnold’s writings and actions in working to reform schools.

An area in which Arnold is still very relevant today is on the subject of the humanities. In his lectures on Science and Literature he was responding to those who argued that the humanities had no place on the curriculum given the advancements of science. Today it may seem like this argument has even greater force given the prevalence of technology in our lives. While Arnold would stress that the great discoveries of science should have their place in the curriculum he argued that the humanities are indispensable.

Returning to Arnold’s desire for education to foster our aesthetic and moral sense we can see a clear link with the humanities. The humanities become the vehicle through which to achieve this, for instance by reading and internalising a great work of fiction we learn how to take on other perspectives and question more thoroughly. This is even more important as we continue to learn more about the natural world, he writes that the humanities are “capable of wonderfully helping us to relate the results of modern science to our need for conduct, our need for beauty.”  For Arnold the humanities provide this important link to questions about our actions and their moral standing that are not found in the sciences. Jettisoning or downgrading the humanities risks students missing out on one of the educations most valuable features.

Reading Arnold gives one a very different picture from the dour stereotype that we started with. While some of his ideas are certainly specific to his own day and age we can find plenty in his work that still has value to us today. In particular we are left with a complex view of culture that values intellectual freedom above all else. Beyond curriculum choices we are reminded that a goal of education must be to enrich how we see the world as a result of what we learn.